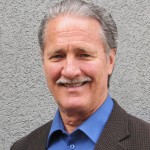 “For the kingdom of heaven is like a landowner who went out early in the morning to hire laborers for his vineyard. And when he had agreed with the laborers for a denarius for the day, he sent them into his vineyard.”
Matthew 20:1-2

Matthew 20:1-16 gives us a picture of a conscientious vineyard owner who is proactively concerned both for his crop being harvested, and the hiring of unemployed workers who are otherwise wasting away, standing “idle in the marketplace.” He was deeply concerned that his harvest would be ruined, or that his brethren would remain unhired with negative consequences to both their dependents and their own sense of self-worth.

The key verses in this parable are verses Matthew 20:11-15 since they deal with the whole question of our subject at hand which is motivation, compensation, and shared values between employer and employee. Jesus tells us that this issue in the parable carries with it true kingdom illustrations: “Is it not lawful for me to do what I wish with what is my own? Or is your eye envious because I am generous?” (Mt. 20:15).

All of these issues are premised on certain spiritual “givens” in the biblical parables. Those givens are God’s concern for justice, that is, each person receiving their fair due; the concern for the needs of others within our community; and the concern for responsible stewardship over that which God has entrusted to us to care for and bring increase.

Issue Number One: The Need for Free Wage Negotiation

Christ’s parable assumes, for the sake of kingdom illustration, a free market. This means quite simply that there is no third party involved, such as the civil government, in the wage negotiations. They are mutually free in as much as neither the employer or employee are negotiating on behalf of anyone else’s needs or standards beyond the one hiring and the one renting out their skills and time. Ultimately both are business owners since both have resources being exchanged. Biblical negotiations must be free. While the state’s minimum wage laws are in fact taxation over state-owned infrastructures in the community, they are unbiblical in the form in which they appear.

What the civil authorities are allegedly driven by is a concern over so-called “minimum” or living wages. We all know that no one can realistically live with dignity on these wages, but let us leave that issue for a moment. The point is, minimum wage laws, however well intentioned, are both unbiblical and untenable. Nevertheless, in order to do business currently, they must be paid.

The scripture tells us that “the workman is worthy of his hire” (1 Tim. 5:18). Consistent with the revealed heart of God, this means that our wages should be “fair” for what the work and worker’s productive skills require. This equation is elemental, but it is worth repeating since wage negotiations have two components: the worker’s ability to meet their real needs and the employer’s ability to pay and remain in business. Wages must be “fair” in that regard. What return does the employer deem “reasonable” to remain in the risk and responsibilities of ownership? What wage is the employee asking for in terms of their resource commitments, and is this task being asked to support all their needs or only a portion of them?

The “free market” works as long as both sides of the negotiation are responsible. The employer must care enough for their employees so as to meet their needs with dignity and a desire to empower them, and the employee cannot demand wages that make the employer’s business untenable. A market is only truly “free” when neither greed nor coercion is driving either side of the equation. Once again we see that, ultimately, economics is much more about spiritual values than simple numbers. When greed drives the market, in the long run, God intervenes in some form or fashion to mitigate against the imbalances.

Both previous issues, if properly countenanced, should lead us to the ultimate goal of all growing relationships: shared risk and shared results, or what we call “partnerships.” I am not speaking of legal partnerships as such, but rather a mutual agreement of commonly sharing wages or profits based upon both parties “owning” the results and utilizing one another’s gifts to the maximum benefit of both parties.

God is into “partnerships” because taking personal ownership and personal responsibility, all other things being equal, produces personal growth and insight. We are “joint heirs” with Christ (Rom. 8:17) because such mutuality, even between the Creator and His creatures, produces desired results. Virtually all employer-employee wage negotiations should carry within them the possibility of profit-sharing in some form for those employees willing to invest the appropriate resources.

Ventures don’t ultimately make much profit from “employees.” They make profit from co-workers. Beyond all this, God is the third party to all agreements. If either or both parties leave Him and His values out of the agreement, they should expect what they will get: “sand in the gears” from both inside the business, and outside from negative results, competition, or government intervention.

By Dennis Peacocke This article originally appeared in the December 2001 edition of Business Reform Magazine.

Next Post “Business Works” Investing In Things That Really Matter