Sustained political or economic instability calls into question the competence of both leadership and systems. These institutions are wobbling today, both in terms of the effectiveness of Western democracy as a political institution, and capitalism as a just or sufficiently stable economic system. I personally believe in both institutions properly guided and operating, but over the next decade I expect the institutions and the leaders who guide them will come under unprecedented criticism and demand for systemic reform.

Modern democracy and capitalism are “joined at the hip.” Free elections and the free market mechanism are mutual expressions of faith in the citizens’ ability for self-government and wise economic choices. The problems with democracy and capitalism, therefore, ultimately rest with the electorate and their choice of leaders. An increasingly dumbed-down citizenry elects increasingly ill-equipped leaders; neither are sufficiently educated to run the systems effectively.

The upcoming debt leadership incompetency crisis will be a severe test for both our political and economic systems. Blame and disillusionment will be flying in every direction, and many would-be “solutions” will be catastrophic if applied. Tyranny and damage flourish in times of great transition. That is why those who see most clearly the root issues underlying the causes and cures to the system would do well to find each other and be carefully preparing for the different scenarios that may most likely unfold. The “ship” of democratic-capitalism 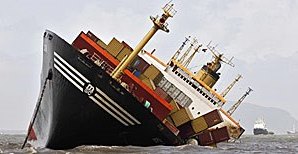 can neither be turned on a dime (it is far too large and complex), nor righted from its listing condition with devices or theories that are not already carefully thought through. Crises are seldom solved by spontaneous responses; they are best resolved by anticipated forethought and scenario-recognition drills.

Further complicating our own shortcomings are two other factors:

1) Increasingly in our complex tech-world, political decisions are actually carried out by technocrats, rather than necessarily carrying the original intent of those who frame the policies.

2) The West’s inability to realistically assess the non-negotiable intentions of Jihadists continues to flank our naive strategies of dealing with them. Democracies tend to foolishly believe that the reason others don’t want to become like them is merely a matter of “education.” Not so, my friends. Authoritarianism is clear on the absolute reasons it must rule.

My short-list of the major challenges could go on, but the point is this: The clear-headed better be working on clearing their heads the more so and recognizing that this situation is not a drill. Thank God He sees the way through all this and that His sovereign purposes to advance His Kingdom as a result of it will prevail. And that is… THE BOTTOM LINE.