US Foreign Policy: A Brief Look at President Obama’s Gamble

President Obama is currently overseeing the most major change in US Foreign Policy in the last seventy years. He is personally driving an agenda of US non-involvement which only political libertarians and hard-left policy people understand or agree upon. Though these two groups couldn’t be further apart economically (free market vs. government driven economic policy), they agree on the foreign policy concept that the US should no longer try to manage the outcomes of global events. As usual, the masses of the general American public have no idea what the potential implications of this gamble may produce. Neither do the masses of Christians.

Part of my problem is that I take the Scriptures very, very seriously. When the Scripture claims that the church is “the pillar and ground of the truth” (1 Timothy 3:15), I say, “Really?” I believe it, but when will we begin to take that responsibility seriously on a comprehensive level that engages current issues and events prophetically on a much broader basis? There is some growth in this area, but it remains woefully inadequate. In a day when the left-right political game is now obsolete, divisive, and stunting, the voice of thinking Christians has a unique opportunity to elevate our cultural conversation. President Obama’s foreign policy gamble is just one in a multitude of issues demanding deeper examination.

As some of you are already clearly aware, America has historically been an isolationist nation as a general proposition. It is certainly true that we have periodically intervened in the affairs of other nations, most prominently here in our hemisphere and under the guidance of the Monroe Doctrine which told the world, “Don’t interfere in our side of the world and we won’t bother you.” 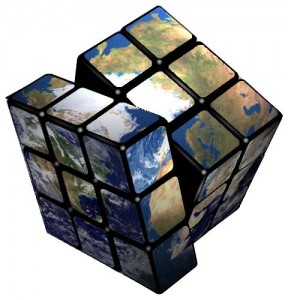 We were separated from Europe’s ongoing wars and control, and viewed the Atlantic Ocean as God’s sovereign barrier to the most likely foreign entanglements. Then came World War I, and twenty-plus years later, World War II. The “vast” ocean had severely shrunk due to global technology, economic partnerships, and global ideologies attempting to unify the world (communism).

Today, the Atlantic Ocean barely exists. The world is “flat” (almost fully intertwined) economically, technologically, and in terms of global alliances and partnerships. We may well have been “pulled into the global war in 1941,” but really, we never left it at its conclusion in 1945. Mr. Obama is now making the case for much more defined borders of US involvement in global communities. While I clearly understand some of the reasoning and impulse to do it, I am highly skeptical of it as a positive possibility. Our withdrawing will surely produce other global players—eager replacements of whatever well-intentioned vacuums we create.

Our involvement in World War II was critically important; Korea less critical; Vietnam sorely mismanaged; the Balkans required for humanitarian reasons; Iraq’s “Desert Storm, yes; Iraq number two, to “nation-build” there (what were you thinking?); Afghanistan, still unresolved. Now, ISIS and the religious civil wars within Islam are fraught with complexities which I personally have heard no clear plausible strategies. What I am clear on is this:

1)  I personally cannot support any more shedding of US blood in conflicts we do not have committed strategies to win and have indigenous forces on hand to maintain that result.

2)  The values of those alliances and co-belligerents must be generally aligned with ours.

3)  Our involvement must not be driven by pure economic interest nor by mere pragmatic opposition.

4)  If we aren’t involved, what are the expressed downsides of having other world powers involved, and how do we have a full public discussion of those downsides before non-involvement takes place?

These four points, of course, require far more discussion than is possible here. All this being said, President Obama’s alleged “plan” for the current Middle East crisis is so well hidden, many of us believe that its long-term strategic existence is questionable. What is clear is that withdrawal, “well-reasoned” or not, may further complicate future responses and necessitate them on an even larger scale. Until human nature changes, greed, the lust for power, and control will continue to make both interventions and non-interventions an ongoing challenge to us all. And that is… THE BOTTOM LINE.