For though we live in the world, we do not wage war as the world does. The weapons we fight with are not the weapons of the world. On the contrary, they have divine power to demolish strongholds. We demolish arguments and every pretension that sets itself up against the knowledge of God, and we take captive every thought to make it obedient to Christ.” –II Corinthians 10:3-5

Reality is defined by God, not by us. Our task in life is to consistently seek God to perceive reality in every realm of our lives and to live there to the fullest of our capacities. This task obviously is rife with real challenges; firstly, our own self-centered perspectives, and secondly, the similar illusions of others and the cultures which surround us. “Reality” is the prize shielded diligently by those forces that oppose God’s will being acted out upon the earth through man.

Reality is the way all things truly are as established by God throughout His creation. To live in reality is to live in accord, consent, and humility before our Creator. Unreality, therefore, is more than illusion. It is rebellion, either self-consciously, or through ignorance. Biblically depicted, the fall of man describes the unhinging of man from reality, both as an act of rebellion and a permanent condition, only resolved by the intervention of God. To be “saved” then, is the initial step of our journey back into reality which actually means going back into the very mind and perspective of God Himself. 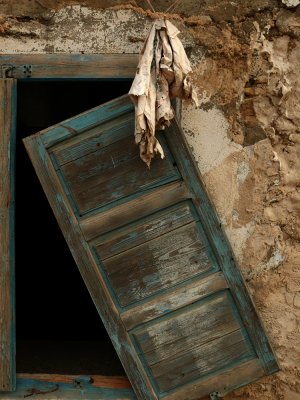 This “unhinging” takes place on both a personal and social-cultural level. All of us live in various degrees of unreality, and all of us experience the shock of disappointment, and even despair, when something we believed to be true or real turns out to be false and illusionary. Maturity can be described as the emotional journey into intellectual-spiritual reality with fewer and fewer “surprises,” and less and less emotional turmoil. Disillusionment is a gift as it lessens our illusions and offers us the opportunity to gracefully accept reality with less and less self-centered protest.

Social unrealities are often even more tenacious and difficult to dislodge than our personal unrealities. They have the momentum of generations, ethnic groups, social classes, and contemporary cultures driving them. They can even kill you, as we have witnessed with challenging social pioneers such as Martin Luther King Jr., or a host of other global martyrs. At the very least, publicly challenging social unreality opens one up to ridicule, isolation, and hatred by those whose vested interests depend upon maintaining their ironclad mythology. For the faith-based community, our mission must be (as Paul exhorts in II Corinthians 10:3-5) to decapitate our own personal and religious unrealities and then to rigorously and wisely “disciple the nations” by addressing their unrealities and replacing them with Godly truths.

One of the current and vested unrealities being driven hard in the Western world is that our stock markets accurately reflect current economic advances. The stock exchanges of the world are largely incongruent with the core indications of a truly healthy economic system. Instead, they reflect short-term, tactical movements within the culture and are only peripherally connected with the real issues of debt levels, demographics, technology-labor market conditions, and a host of other core issues. Don’t be fooled by them—God is giving us time to strategically organize, if we will but seize it.

Let us all resolve to live in reality and stop our own personal unhinging from it. Let us all deepen our resolve to cut through current social myths and unrealities. And let us further resolve to help others do likewise. After all, Christians are called to be both society’s immune system and optometrists, and that is… THE BOTTOM LINE.

Prev Post We All Matter
Next Post Opinions, Values & Principles: It’s a Bad Time to Be Confused