The Insidious Nature of Misdirection During Times of Societal Turbulence

Randall Hobson owns and operates a small business that has served the manufacturing sector with material handling solutions since 1986. As a businessman, husband and father, he has sought to progressively comprehend and implement the ways of the Kingdom of God throughout the fabric of his life. He has been a student of the School of Business Leadership since 1999 and continues to serve as a Senior Facilitator. Randall resides in Northwest Arkansas with his wife, Melanie, and is the father of ten children.

I am writing this during the fourth week of March 2020 during which time a Coronavirus, now identified as SARS-CoV-2, is generating worldwide fear and perplexity. Over the recent three weeks, employees by the millions have been sent home to work remotely, schools and universities have temporarily shuttered, restaurants, cinemas, and other entertainment venues have suspended operations, major sporting events have been cancelled, retailers are locking their doors or curtailing hours, mandatory shelter-at-home orders have been issued, courts of law are being suspended, international travel restrictions are being enforced, oil prices are in precipitous free fall, doomsday and worst-case scenario reports dominate the press, politicians are wrangling as they maneuver to advance ideological agendas wholly unrelated to the virus while simultaneously proposing desperate, short-sighted solutions, and much, much more.

As I have observed these aforementioned events, I have noticed that there appear to be two prevailing stances regarding the situation: for non-Christians, a “hunker down in fear and trust civil government to save you” position; for (professing) Christians, a “hunker down in faith and trust Jesus to save you” position. Now, please understand that I do not believe these two postures to be exhaustive, I simply note that they seem to be relatively ubiquitous.

In pondering these two reactions, I have been internally asking God the question, “Where are the profound Kingdom-of-God, directive revelations that should be emanating from the Ecclesia of Christ?” Repeatedly, I would pursue what I thought may be a possible answer only to encounter a disquieted sense that something was amiss—that I was somehow following a red herring of deficient and unprofitable reasoning. Then, after several days, the word “misdirection” began to waft across the realms of my conscious thought. When I pondered the word, “misdirection,” I recalled that magicians consistently exercise misdirection as a tool to conceal that which they do not want to reveal. Nevertheless, I knew little about that type of misdirection. I was not prepared to see what a cursory examination of the subject would expose. Please bear with me as I briefly describe what I discovered.

In 1976, J. Randal wrote in Genii Magazine that misdirection is “manipulating the spectator away from the cause of a magic effect … [and] is a principle element in the art of deception.” This would likely be the definition that most would intuitively presume. Further reading, however, revealed that high-level misdirection is so arcane that it defies absolute definition. I went on to learn that misdirection utilizes numerous devices ranging from the unsophisticated “look at the birdie” distraction to the highly sophisticated technique of causing the audience to be so willing to believe a lie that it literally blinds itself to the magic effect while being induced to suppose that the very effect itself cannot even exist. All the while, the audience is totally oblivious to the fact that it is being manipulated by misdirection. While my observations may inadequately address the subject, they should be sufficient to lay the foundation for the following point: To achieve a predetermined outcome, a conjurer harnesses fallen mankind’s inherent propensity to embrace a lie, all the while assuring that the observers are unaware that any form of misdirection has taken place. The lie is so persuasive that it causes the onlookers to become blinded to the truth, even to the point of believing that the truth itself does not exist. Herein resides what I sense to be a key* to properly discerning what is currently occurring on a worldwide basis.

To further elucidate the issue, I turn to the pivotal event of Genesis 3:1-6. In straightforward terms, Satan entered the Garden with an insidious, predetermined objective. He then misdirected Eve to the point that she did not, or could not, perceive Satan’s agenda, that she became disoriented to the explicit declaration of God (transcendent truth) regarding the Tree of the Knowledge of Good and Evil, and that she seemingly remained unaware that she was subject to any form of manipulation. According to 1 Timothy 2:14, Adam was not deceived. Nevertheless, Adam capitulated to the momentum of the misdirection and unwittingly instituted a social construct known as the fallen world’s system. That misbegotten system was in direct opposition to the system which was supposed to be founded upon the precepts of the Kingdom of God.

In the context of today’s Coronavirus, which is very real, I believe Satan is using the situation for the purpose of massive misdirection. Undoubtedly there are yet other significant objectives, and the sovereignty of God remains in full effect, but those topics are outside the scope of this article. Satan’s misdirection is not merely calculated to prevent one from detecting what he is doing. Instead, it is subtly machinated to blind one to what God has already done or said and what He is currently doing or saying. To believe that Satan is exclusively attempting to hide his actions is to be misdirected. Therefore, the initial days of a critical disrupting event are not the time to be sidetracked by endeavors to unravel any intricately interwoven web of chaos spun by Satan. Instead, that is the hour to resolutely and single-mindedly bind oneself to the previously established transcendent declarations of God while attentively listening to hear what He may say next. This unequivocally does not preclude the implementation of reasonable precautionary measures, but it does shift one’s focus to the transcendent truth and activity of the Kingdom of God and away from the immediate activity of Satan and the kingdom of the world.

Regarding the events of the day, I sense that the Coronavirus pandemic is spawning a situation of misdirection wherein many are being unwittingly manipulated to become blind to the transcendent truths of Scripture while others, who are not in deception, are being pressured by the momentum of the misdirection to abandon those same truths in the name of expediency, political or otherwise. In response, the Ecclesia of Christ must identify and reaffirm the relevant transcendent truths, recognize the unshakable nature of the Kingdom of God, understand its responsibility to hear from God “in the now,” and contribute to the cultivation of sustainable policies that are consistent with biblical reality. No single person or group of people may possess the total answer. Nevertheless, the Ecclesia of Christ, by the instrumentality of the Word of God and the revelatory empowerment of the Holy Spirit, is uniquely deputized by God to impart a disciplined wisdom that transcends the cultural chaos as it simultaneously affects redemptive, life-giving solutions.

*I do not believe this to be the exclusive key, only that it may be one of the numerous essential keys required to navigate the labyrinth of corridors associated with the current societal upheaval. 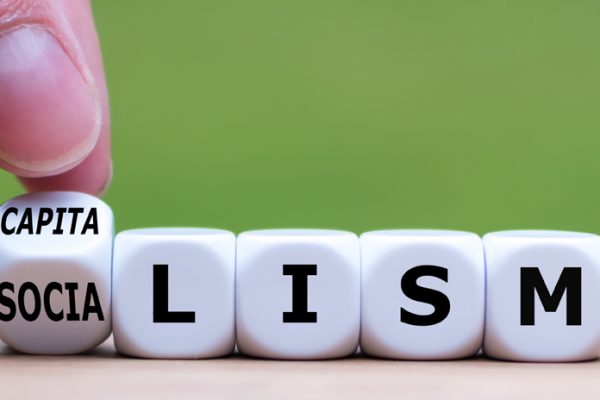 Capitalism, Socialism, and the Case for Choice-Based Economics

Capitalism, Socialism, and the Case for Choice-Based Economics by Dennis Peacocke The critiques of capitalism go well back into the nineteenth century. At their core, the best of them are much more about an unequal distribution of wealth than any of the self-evident needs to fine tune the exclusively economic properties of the overall system.
Read more
0 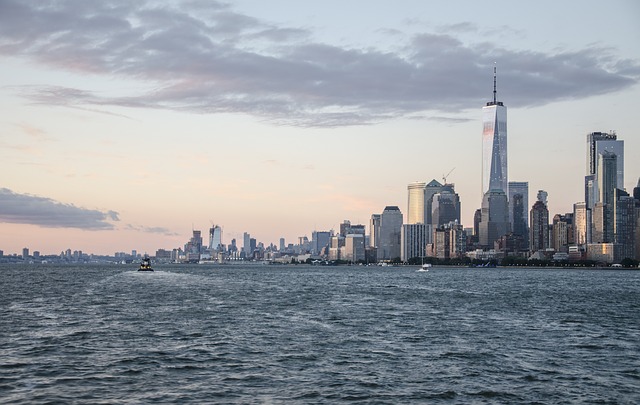 The Challenge of Business Management after September 11, 2001

by Dennis Peacocke Most of us recognize that the events of Tuesday, September 11, 2001, have changed things in significant ways even if we are unable to articulate all that we see or sense. It is highly unlikely that either the economy or our so-called “social psyche” will return to normal because “normal” appears to
Read more
0 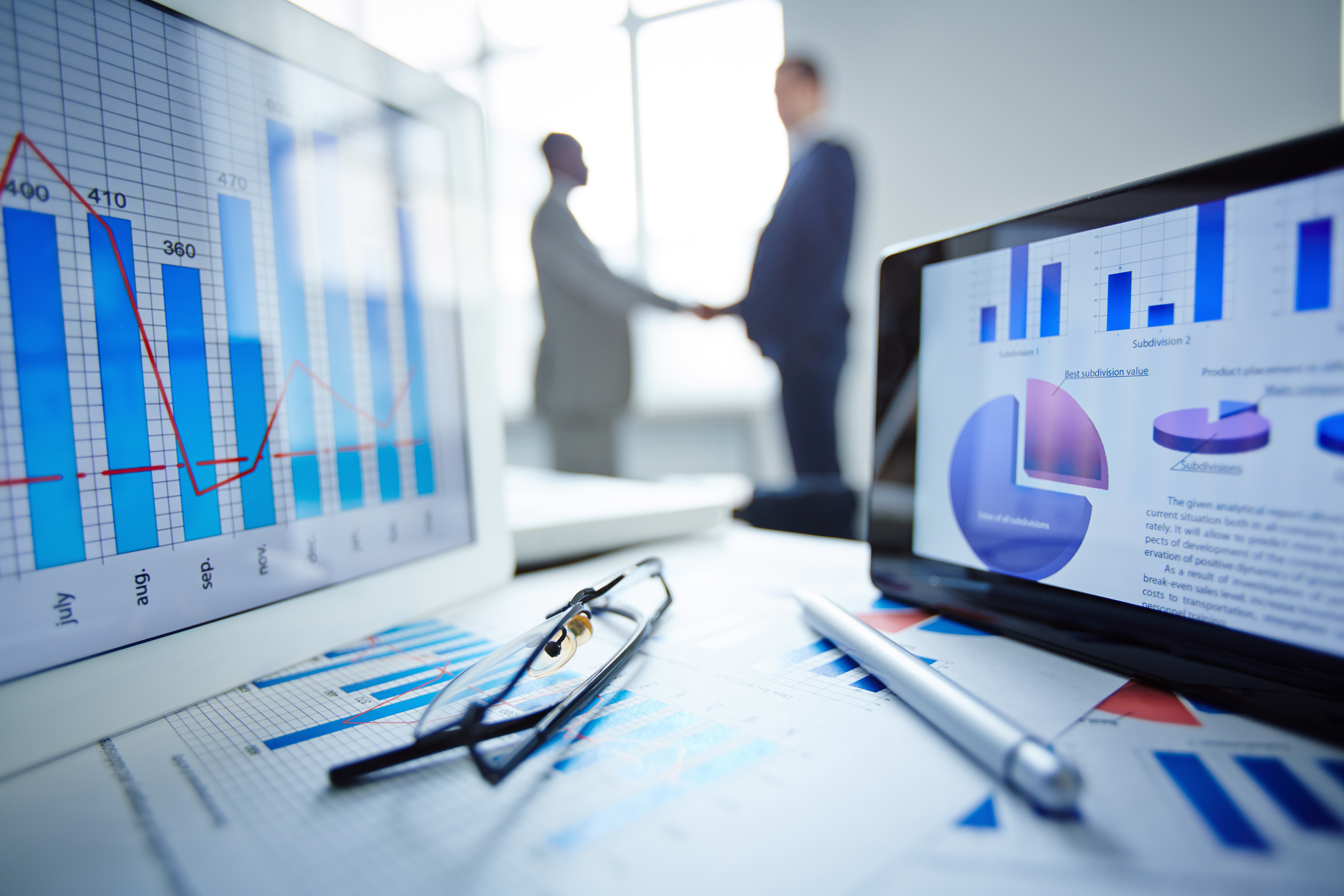 Why God Doesn’t Want to get Involved in Your Business

by Dennis Peacocke Virtually wherever I teach on “marketplace ministries”, I sometime ask in my presentation “Who wants God to get involved in your business?” The vase majority of those present raise their hands expecting me to help them find effective ways to help them further achieve that “divine connection.” To their surprise I not
Read more
0 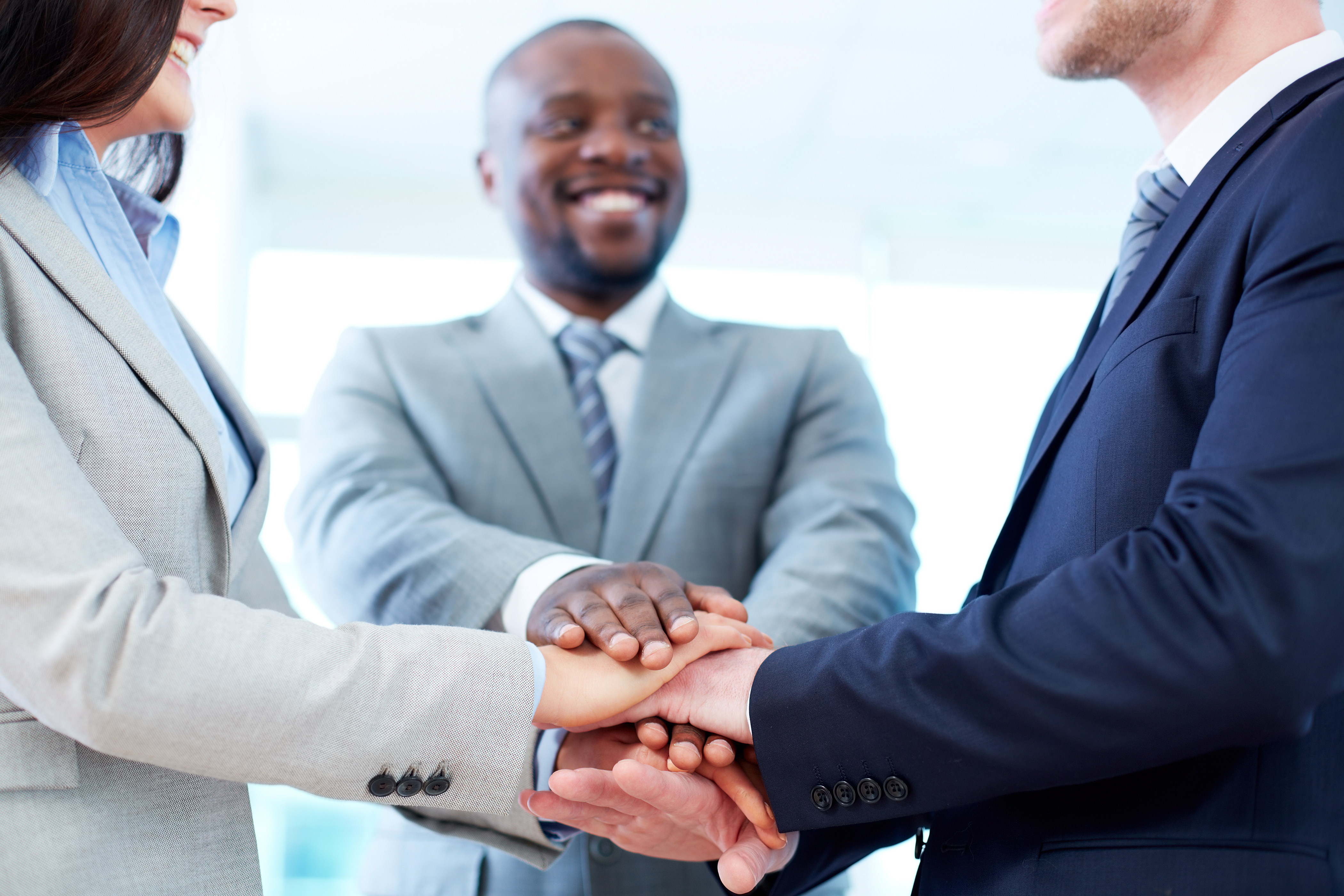 by Dennis Peacocke Integrity is perhaps our highest and most valuable human commodity. When we possess it, it can open many doors and keep them open. When we’ve lost it or don’t possess it as a known character quality, few people want to associate with us. Even criminals have strong codes by which they measure
Read more
0 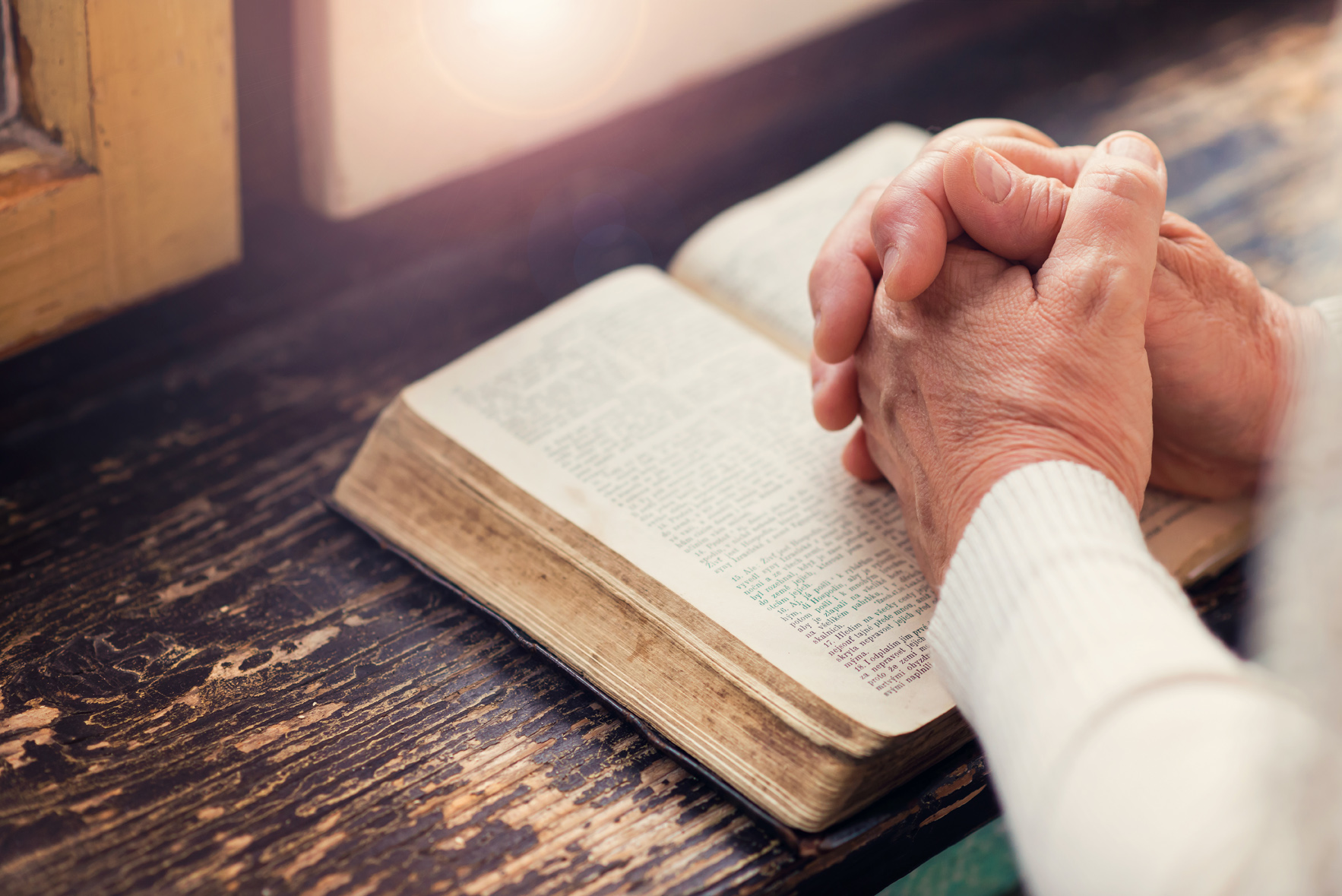 “Strategic Time with God: the Most Important Thing”

by Dennis Peacocke As any competent, professional motivational speaker or personal executive coach knows, the most difficult thing is to find the key in someone that turns an individual from mere mental understanding to actually changing the way they think and behave. The conceptual is indeed Square One. However, many times, Square Two-genuine action- seldom
Read more
0 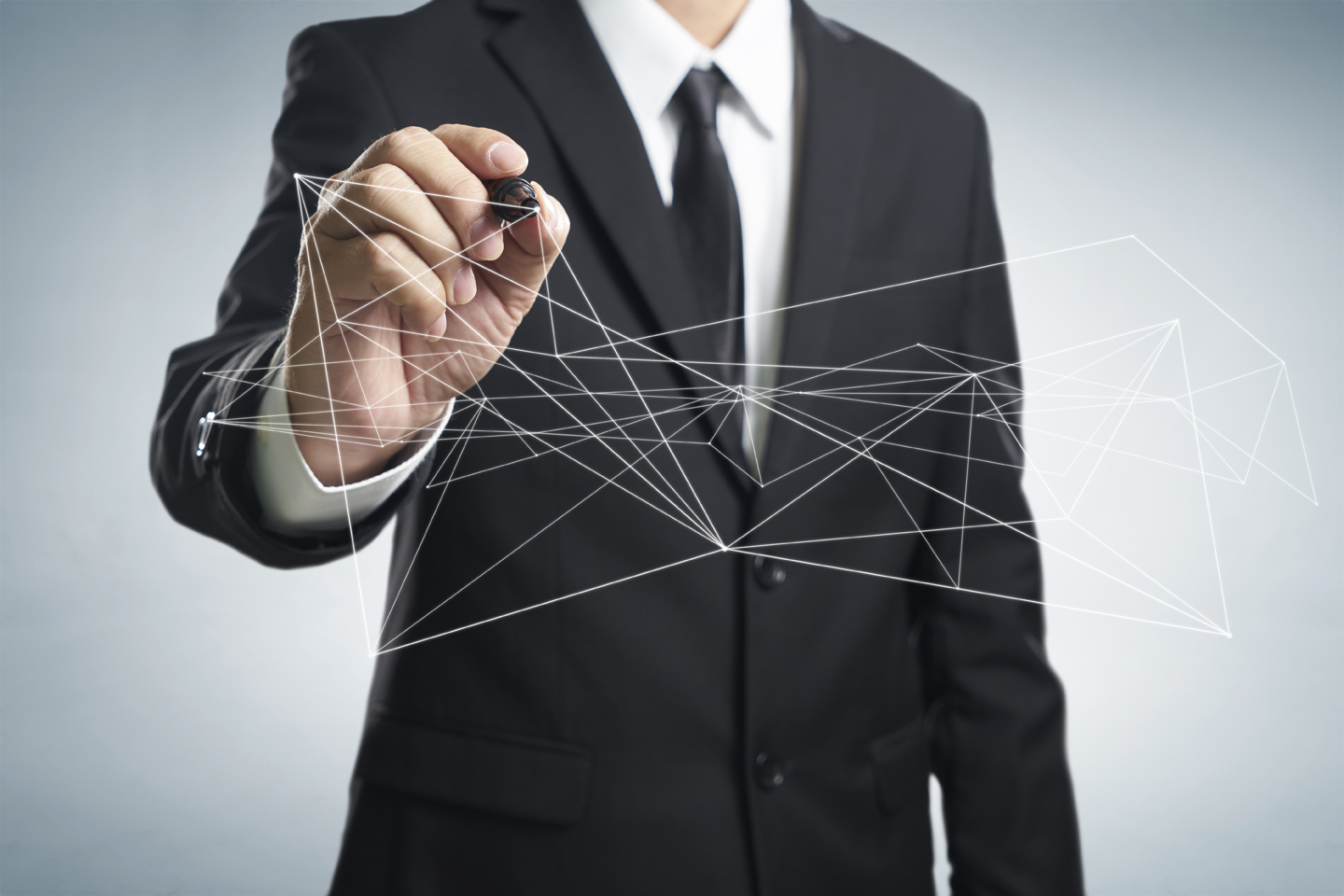