Three Supreme Issues Facing Us All

The U.S. Pledge of Allegiance declares us to be as a people, “under God, indivisible, with liberty and justice for all.” Obviously, there is a great deal of contention among us as to exactly what that means and its veracity. Indeed, like any patriotic platform, it is both a statement of intent and a description of partial reality. History has proven that nations and civilizations tend to dissolve when the gap between reality and stated intent becomes so great that apathy, sarcasm, and divisive disillusionment eviscerate the core. I would painfully suggest that our nation has that possibility in sight and that its future will be cast in the next two decades. 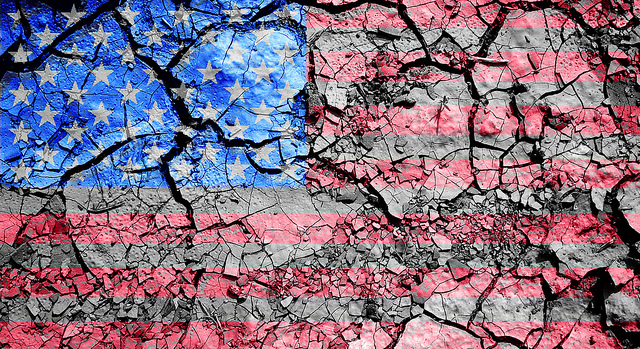 I am not saying that the United States necessarily will cease to exist, but rather it may have turned so far away from its birthright intentions that it will actually cease to be the same nation as its root structures. If that happens, due to our global impact over the last seventy or eighty years, the whole world order will significantly change. Demographically, only India or China can replicate our influence if we look at sheer populations and economic and regional impact. Mere population, however, does not create a dominant nation. Dominance is an extension of a people’s belief systems and vibrancy of their united sense of superior identity. Ideas (not bullets), consumption rates, or sizes (economics) determine influence and win both hearts and wars.

1) Is there a Creator who establishes values, principles, and standards of conduct to which He holds mankind accountable and through which the laws of cause-and-effect establish discernible effects (Matt. 4:4)? If so, can an active, energized portion of the nation press the nation as a whole to freely observe and honor those mandates? If they cannot, at what point of disobedience to those mandates does the nation socially weaken to the point of fracture?

2) In strategic and visible accord with those mandates, can a nation create and sustain economic and legal systems that produce upward economic mobility for the majority of citizens while balancing personal rewards for essential inputs with the needs of the community and the less able being fairly cared for?

3) To those who believe that the above two questions are affirmative and can be the foundation of a blessed nation, are you willing to export these two positive affirmations without fear or conscription? Are you willing to defend and even die for them if required to do so?

I contend that these three questions and how they are answered and pursued are the three questions of supreme importance and that socially speaking, everything else is details. If this be true, then they must be supremely and vigorously pursued in every venue possible and they must gather people in significant numbers as they go. In a very real sense, because they are supremely spiritually based as they play out in the material world, they are my three “nailings to the door” of Luther’s Ninety-Five Theses nearly 500 years prior.

We shall continue to slog through the upcoming elections here in the United States and globally through the Muslim-terrorist war which will force Islam to define itself as it incurs the wrath of military responses to its terrorist wing. We shall also slog through the tedious details of lesser, but still important issues, as tension increases between truth-seekers and the politically correct reality doggers. May those of us who see these three issues or their related spin-offs as the truly transcendent ones, stay resolutely focused and increasingly effective. And that is…

Principle Eleven: Results-Based Reality In many ways, results-based reality is similar to what is commonly called, the “scientific method,” in that ideas are measured for their truth or effectiveness by the consistent results they produce when carefully applied to various situations or applications. The Scriptures, by the way, are the “father” or primary source of
Read more
0

Principle Ten: Justice-Equality This month’s Bottom Line is an excerpt from Dennis Peacocke’s contribution to Uli Kortsch’s book, The Next Money Crash and a Reconstruction Blueprint, available now on Amazon.  Humanity’s cry for justice and equality has been historic in virtually every people group. The establishment of social customs and laws everywhere attests to this reality. The
Read more
0

Principle Nine: Limits The principle of limits cannot be overemphasized as an essential guide for successful living, both personally and socially. Limits protect us from destructive thoughts and actions. Properly applied, they spur us on to new levels of maturation and the excitement of challenge and change. The concept of limits is extraordinary because it
Read more
0

Principle Eight: Localism–Centralization As noted with Principle Three: Reciprocity of our series on the Twelve Master Principles, many major principles are counterbalanced by an opposite principle. The intertwined examination of the equal-opposite relationship between localism and centralization is one such reality. Human relations tend towards intense, close relationships and, conversely, the constant pull of merging
Read more
0

Principle Seven: Jurisdictional Government The Bible has not been written as a textbook. Even though it is full of principles, truths, their numerous applications, and the history of people, cultures, and events spanning thousands of years, it is written as a story with multiple plots. Yet there is one major theme that stands out: Our
Read more
0

June 2021 – Special Edition Recently, I took my first airplane trip in sixteen months. I have usually flown between 70,000 to 115,000 miles per year since 1978. Needless to say, staying home this much has been a wonderfully strange but much needed time. Of course, getting on the airplane with masked people who clearly
Read more
0