I am writing this article prior to the results of the current US presidential election. As critical as this current election is, as atypical as it has been in multiple ways, it is not the “election of elections.” That election is the next one; the 2020 election will definitively set the direction for decades to come, both in the United States and globally. To some degree, the reasons for this are, as we currently say, a “no-brainer.” 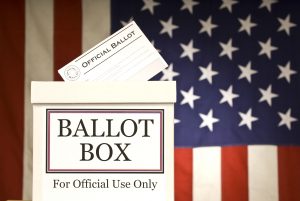 Square One – Hillary Clinton and Donald Trump are the most unpopular duo ever to have run for Office of the President in our nation’s history. Whoever wins will be largely elected as a protest vote against the other, rather than elected on the enthusiastic merits of their own virtues. With the challenges to be faced over the next four years, re-electing highly untrusted leaders will be virtually impossible.

Square Two – Let the challenges begin: The global challenges we must face will make almost all national leaders very, very unpopular because of the social challenges accompanying a number of intractable problems. Firstly, economic problems: the current debt-to-GDP ratios will get worse across the board, employment will become even more frozen, and the “debt-bombs” closer to explosion in all first-world countries.

The Brexit issue of distrust for globalization and deeper centralization by national governments will press populist nationalism to wider and deeper extremes. Immigration issues, especially related to Middle East disruption, will put deeper and deeper pressure on ethnic challenges and the inability of so-called “moderate” Islam to convincingly repel Muslim extremism. While EU nations will face the greatest challenges, the battle over Syrian refugees here in the US will reach dangerous levels as terrorism spreads here with greater effect.

The war in Afghanistan will continue with little to no resolve, and the conflict with ISIS, Syria, Russia, Iran, and the US will prove unsolvable during this time period. The US military will continue to need both increased recruit levels and finances which are currently insufficient to be game changers. China will continue to grow in military strength, provoking both Japan and the other Asian nations to reconsider the reality of their current US alliances as the Philippines is already signaling. Last but not least of these destabilized situations is Iran; they will continue to renege on their “treaty” agreements with the US and friends, pushing the emergence of their nuclear power to “now if not soon.”

With the US deeply divided politically and continuing to lose influence globally because of that division, and its inability to politically adapt domestic or foreign policies robust enough to change any of the above problems, whoever is in office will look inept at best. Are things really that problematic and stuck? Yes, they are. We need two things we don’t have now to change them. First, effective ways and leaders who can help “bridge” our social divisions, and secondly, leaders who carry God-given directions for genuine ways through these issues.

So, what am I saying? I’m saying whoever wins this election, all things considered, will hold office for only four years, and their successor only four years, until God gives us leaders capable of breaking the chains holding us. Until they show up, every “next election” is the most important one, and that is…