“Blessed are the peacemakers, for they shall be called sons of God”. -Matthew 5:9

I had the privilege of meeting Nelson Mandela at the Whitehouse some years ago. Without being unkind, the contrast between him and the Clintons was significant. That being said, Nelson Mandela was right near the top of anyone I have ever encountered. He was “forgiveness” and “humility” personified. Small wonder the world is honoring his passing. 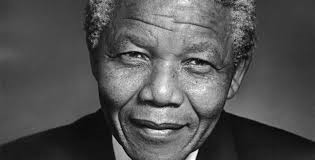 Having cared about South Africa even before I personally engaged the nation, I energetically pursued the citizens’ perspective of his influence on the events surrounding the monumental transfer of governmental power that occurred. The final details of that transfer of power took place amongst a small group of leaders, including several of the nation’s leading pastors. South Africa has been, and still is, unashamedly influenced heavily by spiritual men and women. The peaceful move from racist apartheid to open democracy was carefully guided by the hand of God and the miracle of personal transformation. He worked in the heart of Nelson Mandela – the patriot and former “terrorist”.

All of us who were geo-politically engaged during those events in the late 1980’s and beyond were actually aware of the potential global bombshell involved in this situation. It had international impacts racially and military significance on the highest levels of the then “Cold War”. Blood was likely to run in the streets in South Africa and far, far beyond. Many said it was inevitable. But God, through global prayers and the wise negotiations between black and white leaders altered the “inevitable”. Yet all eyes were on what one man would do; Nelson Mandela.

I thank God with every thought concerning that man’s humble demeanor and soft brown eyes so full of suffering, compassion and the God-factor of realizing that what truly mattered. Few men in human history had the power to “justifiably” use their power for vengeance or personal gain more than Mandela. Nelson did neither; instead he danced in a child-like fashion before the destiny that moved him from a jail cell to the pinnacle of power over millions globally. Well done brother, well done indeed. And that is… THE BOTTOM LINE.