The Trap: Success Without Failure

A good name is more desirable than great riches; to be esteemed is better than silver or gold. —Proverbs 22:1

Today we have a major spiritual lesson about to be engaged right in front of the eyes of the world: Donald Trump and the spiritual law that confronts him. The law is quite simple and the consequences can be quite severe when the law is ignored or unknown. Millions, both within the United States and throughout the world, are surely at risk before this law and the outcomes it produces when it is released. So, let’s quickly discuss it.

Those who are wrestling with Donald Trump as the Republican Presidential candidate and those who would not vote for Hillary Clinton for any reason, are all hoping for one thing: that Donald will drop his worst jagged edges and pugilistic personal insults and become “more Presidential.” Indeed, Donald may have stimulated unprecedented levels of prayer that such a change would 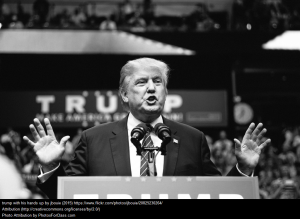 somehow settle upon him. With every new day, with every new interview or speech, millions are holding their breath–or at least their final gasps of dread and despair that at last we see signs of change. Good luck… the chances are slim-to-none, I think. Why? The answer is simple; he has experienced enough success by his own internal criteria that he has never repented or been broken enough to experience real internal change. He is an unbroken man and few things can be more potentially destructive than an unbroken person holding large amounts of power or influence.

Failure must be judged to be failure by ourselves regardless of how others see us in order to begin to generate real commitment to deep, personal change. To the contrary, Trump has obviously failed in numbers of areas in the opinions of many but not internally by his own standards. The glaring proof of this is his knee-jerk response to criticism or even questions which are intended to discover what he thinks he has learned from past experiences that appear to be less than fully successful. He may be the most defensive political public figure we have ever seen seeking the presidency. We surely have had many egotists before but never such pugilistic and emotionally based, retarded responses. Universally, from the political left to the right, all agree on this: No matter how angry people are about our governmental impotency or our concerns about Hillary as a trustworthy human being, Donald’s responses demonstrate an undisciplined emotional I.Q., raising far more concerns on that issue than many of his off-the-cuff policy opinions.

The judgment of God upon an individual, group, or nation is having no good choices in a situation demanding essential change. To all but Hillary and Donald’s die-hard constituencies, that is where the masses of the “undecided” voters who will actually decide this election stand: Hoping, wishing, praying, and increasingly demanding that Donald grow up and Hillary will begin to honestly fess up to her trail of real offenses. For Hillary, I expect absolutely nothing from her and increasingly have less and less hope for Donald regardless of who I vote for.

Unbroken people cannot change, which is why God works so hard on us to see our faults and deal with them. Sin is only the symptomatic problem; our internal nature is the core problem, and the transforming antidote is genuine brokenness. In a nation like ours that focuses so hard on everyday “feeling good about themselves” (the hidden root of political correctness), Donald Trump is a perfect and “healthy” reflection of our insecure and narcissistic national self. Will he change? Probably not. Will I keep on praying for him? Yes. Yet I think the real lesson here is far more obvious: Our nation must focus far more on being broken before God rather than returning to “greatness.” And that is…  THE BOTTOM LINE.