Will America Ever Be Great Again?

Do not be deceived, God is not mocked; for whatever a man sows, this he will also reap. -Galatians 6:7

As 2016 comes to an end, our nation has been traumatized as we went through a debauched public dialogue of personal insults and personal misdeeds. As demoralizing as it was, it gave us all a very clear picture of two things: How divided as a nation we are and how far from greatness we are. Many see this and have added their insights as to the causes and possible cures/remedies to these related challenges. Clearly, a divided and infernally hostile nation is not great nor can it be until it is unified around what constitutes greatness itself. 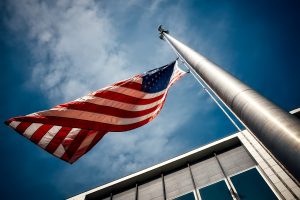 “Were we ever truly great?” must be our first question. That will force us down to an even more foundational question: “Great by whose standards?” Is greatness measured by power, wealth, reputation, wisdom, compassion, or justice? Quickly we see the two distinct categories this list breaks into: power attributes and character attributes. It always comes down to these two ingredients if carefully thought through. For emphasis, let me reverse the order of these two titans – let’s make the issue of character precede power. I assert that greatness must first be rested upon the foundation of character because power itself is neither inherently good nor evil. It can be either depending upon the character which created it and wields it.

As is now usual in our public conversation, little was said about what actually constitutes greatness. Neither people nor nations be great if they do not have the capacity to have great conversations. Words and concepts themselves must first be carefully examined, refined, and then set in place to be the guard rails and focus of the conversation. Our public conversations are stunningly superficial, contrived, rhetorical, and manipulative. Without great conversations, no nation, nor any relational union, can ever be great. I submit that our nation’s greatest conversations took place during our birth process and yet, even then flawed but pregnant with great aspirations. Friends, our GDP and military power do not make us great without a great conversation to guide them.

Let us move now to the question of, “‘Great’ by whose standards?” Let me be emphatically clear about the following three points:

1) The unity and whatever greatness we lay claim to was driven by an overwhelming public unity that the Judeo-Christian God was the chosen measurer of what “great” means and how society is to conform to His standards. The various “shades” of Christians, or even of benign secularists, recognized this reality even if they disagreed how that should shape the body politic. Serious contention around this as a historical fact is secularist historical revisionism.

2) The core division in the nation today is around three opinions of God’s role in bringing us to greatness if we but follow him. Group one are the secular progressives who deny God’s existence or relegate Him to irrelevance in terms of applying His opinions to public policy. Secular evolutionists believe power goes to those who are most highly adaptive and that character is relatively useful only as a unifying force of group dynamics.

The second group are “believers” who somehow believe God exists and that if He is the God of the Bible, His moral standards are generally applicable for personal conviction and behavior, but God does not, and probably should not, attempt to impose His standards in the material realm of political/economic realities. They separate spiritual realms from natural realms (platonic dualism) and believe that God’s social community standards are only to be applied in an eternal heaven. Therefore, their political opinions are formed by the world system’s thinking process rather than by the Scriptures.

The third group is made up of Christians who believe that “man shall not live by bread alone but by every word that comes from the mouth of God” (Matthew 4:4). Hence, God’s principles apply to the community of man on earth today and to all he is and does. This group was the driving force and majority of our nation’s founders.

3) Until there is a clear understanding of these conflicting points of view, there will be undefined conflict and the inability to intelligently discuss, compare, and contrast what greatness is or how to achieve it. That great discussion will not unify us, but it will, at least, define the issues and options and give us a way to analyze the results of various applications of what is set forth by the various groups as “truth.”

So, the question is, as President Elect Trump puts forth, “Will America ever be great again?” I trust you can see that the answer is relatively simply: Not until we successfully respond to the Great Conversation. I actually expect Mr. Trump as the most business-minded president in our history to get lots of things going in unprecedented ways beyond the troubling social issues. However, those of us who understand the issues I am raising have a spiritual-citizen responsibility to educate and influence those in our spheres of relationship. There are thousands of you receiving this monthly Bottom Line article, and virtually all of you have leadership responsibilities. So, will America ever be great? That rests a great deal on our prayer and in the bold engagement of those we influence. And that really is…