THE ELECTION: The Battle for Religious Liberty, Humility, and Real Solutions Beyond Mere Rhetoric

“The owner’s servants came to him and said, ‘Sir, didn’t you sow good seed in your field? Where then did the weeds come from?’ “‘An enemy did this,’ he replied. “The servants asked him, ‘Do you want us to go and pull them up?’ “‘No,’ he answered, ‘because while you are pulling the weeds, you may uproot the wheat with them. Let both grow together until the harvest. At that time I will tell the harvesters: First collect the weeds and tie them in bundles to be burned; then gather the wheat and bring it into my barn.’” -Matthew 13:27-30

The United States is the world’s most powerful economic, military, and media force. In many critical ways, as the United States goes, so goes the world. More importantly, Christianity still plays a unique and central role in our culture, far eclipsing what is done in any other Western nation. Therefore, to analyze our current socio-economic culture, let alone the recent elections, without noting both the natural and spiritual world’s interaction, would be myopic and foolish at best. So let us together look at both of these realities.

SQUARE ONE: Liberalism, Elitism, and Progressivism

Modern Western Democracy was built squarely on Judeo-Christian concepts, a mix of Greco-Roman thinking, and the emergence of rationalistic liberalism. Christianity was a fully public religion rather than merely a private worldview (Blackstone’s Commentary on biblically-based public law was our common standard) and rationalistic liberalism wove itself into the fabric of our educational systems as a competing counterpoint to Christian standards. Rationalism, of course, believes that logic and science married together are the primary, if not sole, answer to man’s quest for civil society, prosperity, and the elimination of war and mankind’s most destructive sins. Liberalism, as the third leg of the rational-science chair, was the concept that the secular religious world could and would peacefully co-exist if they mutually respect one another and allow one another to influence society in a contest of civility. Liberalism, per se, is the father of what we have called “secularistic society” as the platform of modern democracy. Liberalism means mutual toleration.

Over the last century, a host of extremist ideologies emerged demanding an end to this liberal, secular marriage of tolerance. Marxism, Fascism, and even strains of Christianity challenged Jesus’ teaching that the “wheat and tares” would co-exist, albeit in struggle, until the end of this current age. The latest, and most deceptive idea to reveal itself is known by a term that Hillary Clinton called herself: “progressive.” Progressivism has roots back into the last several centuries and was publicly highlighted both in Woodrow Wilson’s philosophy and presidency. It is a shrouded form of philosophical and political elitism that covertly rejects liberalism’s peace with Christianity, granting Christianity private practice between one’s ears and within the soul, while banishing its existence publicly in the elitist, authoritarian world of progressivism. Progressivism is the philosophical energy behind the constant attempt to push Christianity out of our national constitutional rights and values. You may have noted that Clinton, and a host of others who once identified themselves as “liberals,” have abandoned that label. They are now “progressives,” trusting that the dumbed-down population doesn’t know or care about such abstractions. This level of public candor from Hillary is a stunning act of honesty built, of course, on her elitist view of the ignorance of the masses who desperately need the elitists to care for them since they only have what President Obama opined as “their guns and their Bibles.” Elitism and progressivism are the same thing.

The elitists, over the last seventy years or so, have carefully taken control of most of our nation’s universities, mainstream media, and cultural arts expressions. As we say on the streets, “That is a fact, Jack.” Through political correctness, brutal shaming and ridicule, and cultural language strategy right out of leftist playbooks, they have sought to eliminate the “wheat” (people of God’s Kingdom) Christ spoke of and cement the soil over with the “rights” of everyone except those still foolishly trapped in the illusion of liberal secularism and mutual toleration. That dance is over folks. This brings us to a quick look at the elections.

SQUARE TWO: Common Folks Wake Up and They Are Not Happy 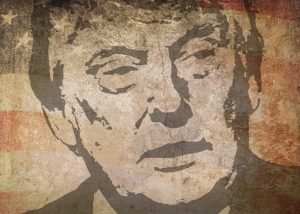 The masses of Americans who have been interviewed agreed by over seventy percent that America is “on the wrong track.” Do I believe that they know all this information about liberalism, progressivism, and elitism? Intellectually, “no,” but intuitively, “yes.” It was precisely this visceral, intuitive unease that drove Mr. Trump’s victory. They wanted change, the dislodging of a log-jammed congress, and an unwinding of the never-ending growth of bureaucratic red tape and regulations. I am confident that many of the 50+ percent voting against Mr. Trump want the same things. They just couldn’t trust Mr. Trump to deliver it with all his other “baggage.” He has certainly stirred up some extremists still hidden in the cracks. Some of the darker sides of the election story, in terms of what the real power players want, are yet to be played out. What will be revealed, for good or ill, is the possibility of real solutions beyond mere rhetoric.

SQUARE THREE: Some of My Opinions and Predictions Relative to Where This Is All Going in the Next Months and Years:

The role of the church has never been more important than it is in the following days as “kings” (problem solvers who demonstrate truth) and “priests” (bridge builders who connect people to truth and one another).

I am not blind to the extremists who want to use this election to further their own poisonous beliefs. Their existence on both the left and the right is always there to find whatever footholds available. Therefore, as I have just noted, we have several primary responsibilities: 1) to call those extremists out who are supporting racist rhetoric and beyond, 2) hammer away at the progressives’ rejection of both democratic toleration in general and religious civil liberties in particular, and 3) to bridge divisions wherever and however The Holy Spirit allows us to do so. My convictions are that in these next several years, prayer, education on multiple levels, community services and networking, and bridge-building are our main assignments.

We must be wheat that continually reduces the effect of the tares in society. We are not a political organization. We are a spiritual family with dual citizenship, hence, responsible for caring for all men, not just ourselves. May the Holy Spirit prepare us for our new levels of responsibility that we have inherited with this election. We are “up to bat,” and that is…

P.S. As an aside, our nation is exhausted from the intensity of the electoral process. If the media tries to maintain the same energy (for which ratings they will do), they will burn people out. Don’t get caught by it. Also, if Mr. Trump is, as some have said, a “wrecking ball” to the current system, he will scatter things in many directions. Remember, as the Church, our job is to help re-assemble them! We have a lot of strategic work to do.