As the 2018 Asia Transforum meetings opened in Singapore earlier this summer, there was an excited atmosphere as both new and old friends connected and reconnected. The relational energy and friendship among participants was palpable.

Dennis Peacocke delivered the first plenary, a very personal and powerful message about God’s vision for us as His people. This message was the kick-off of a series of impactful keynote sessions followed by practical workshops. Bruce Billington gave a very personal exhortation on the Kingdom of God and seeking it above all else. Dr. Gerald R. Chester shared on metaphysical awareness and seeking the Lord’s perspective through various biblical and modern-day examples.

Sprinkled throughout the event were times of honoring of the graduates, which included a group of GoBusiness students from Hong Kong and two different GoLife and GoBusiness groups from Singapore. Each group of graduates was honored for their completion of the course and some individual testimonies were given. It was wonderful to hear their powerful testimonies of change and impact through their experience in the schools. All of the students emphasized the here-and-now impact of their studies in their day-to-day lives.

We asked Dorcas Li, Director of GoStrategic Schools in Asia for her thoughts. She shares, “I am currently in Indonesia actually, conducting a teachers’ training at a school run by one of our GoBusiness students. By God’s grace, we have been able to bring GoBusiness/GoLife into Asia now for five years. 2018 Asia Transforum is our fifth Transforum.  For the next five years, we expect Asia to continue our journey of transformation toward biblical mindset, howbeit at a slower and more sustainable pace. We sense the need for building deep in this season rather than a push for numbers. We can do this given more mentors like Carl Billington coming on board to disciple the Asian GoBusiness/GoLife community. For each and every mentor, we give thanks to the Lord.”

Bruce Billington, International Relational Director of GoStrategic’s schools reports, “Our work in Asia is expanding rapidly and has now reached into India, Indonesia, Hong Kong, China, Malaysia, and Singapore, which is the base we are working out of. There is so much potential. Also of much excitement are the new opportunities we have been offered to establish the schools and bring an expression of the Kingdom of God to Madagascar, Mauritius, and South Africa. The latter has several GoBusiness graduates that are looking to see the school firmly planted, particularly in the city of Pretoria. Your support is allowing me to go to each of these places in October.”

Thus, the growth and maturing and spreading to other nations continues. There are good things to come!!!

This year had very special attendance in regard to generational transfer. Bruce Billington shared along with his son, Carl Billington, who is working with him in the ministry. Rachael Holmyard also attended with her parents, David and Natalie Holmyard, the chief workshop leaders and facilitators. Dennis Peacocke’s daughter, Katherine Gallagher, taught in several sessions as well.

There were two different panels during the conference. The first panel of keynote speakers found a common theme of mentorship. They discussed many questions around how to best lead and disciple. The second panel focused on generational transfer; it included Dennis and his daughter, Katherine, as well as the Holmyards (who have facilitated their children through GoLife).

Several representatives of these multi-generations shared their reflections on the experience:

David Holmyard: “This year was again a Transforum full of Holy-Spirit inspiration and we were together searching for God’s plan for our lives. It was fabulous to see a number of second-generation GoStrategic Kingdom men and women. We had Dennis with [his daughter] Katherine and [her husband] Chad; Bruce with [his son] Carl; Dorcas with [her daughters] Thecla and Yanna; and Natalie and me with [our daughter] Rachael. There were also a number of second-generation Singapore young adults attending some of the sessions. It is clear that God is now mobilizing another generation to continue the work in the Kingdom. What a blessing to be part of His Plan.”

Bruce Billington: “It was a great privilege to have my son, Carl, with us on this trip. He demonstrated such an excellent grasp of the message we carry and his workshops were so well received. Carl is energized by people. He made friends with almost everyone there and just loved the strong sense of community that the Asians bring. We had a blast.”

Natalie Holmyard: “What a treasure it was to have our youngest daughter, Rachael, attend Singapore Transforum. For her to witness Katherine, Dennis, Bruce, and Carl sharing and training together on the Kingdom Of God was such a valuable time for us all.

The generational transfer of the heart of GoStrategic over the last 20 years in our lives was fully alive in her and the hope and confidence that she took away from this time will be eternal.”

Katherine Peacocke: “It was an honor to speak with my father at the event. We participated in a panel together sharing some specifics on generational transfer. In my sessions, I got to share on several of the core teachings of the ministry while adding to them with my own experiences and, in particular, trying to make them even more relatable for this next generation.” 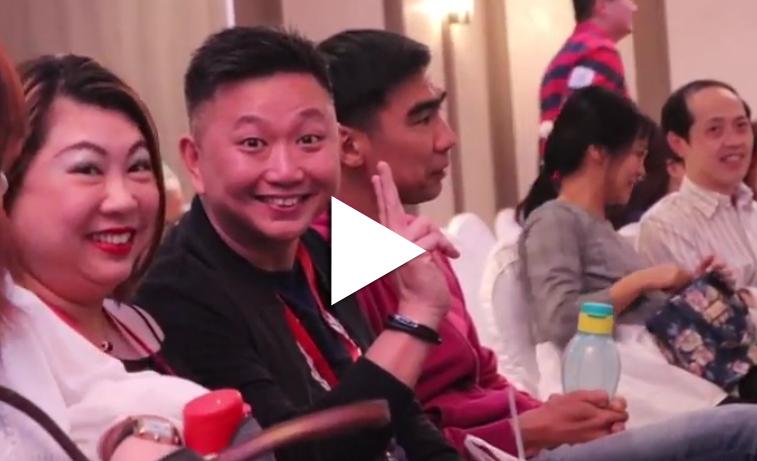 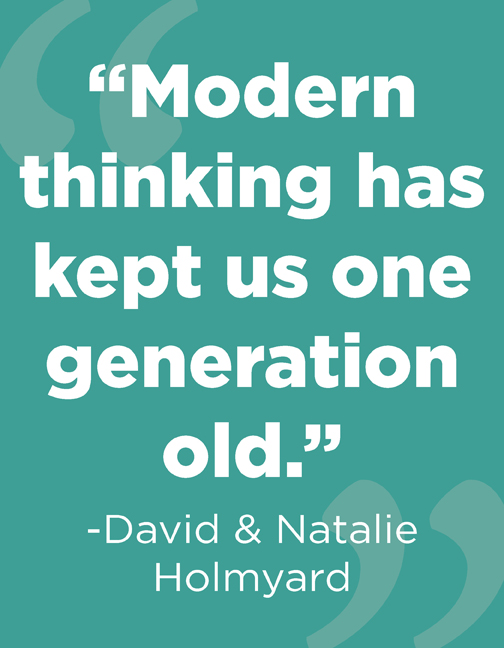