In many ways, results-based reality is similar to what is commonly called “The Scientific Method” in that ideas are measured for their truth or effectiveness by the consistent results they produce when carefully applied to various situations or applications. The Scriptures, by the way, are the “father” or primary source of this methodology of truth and principle evaluation. Among multiple Scriptures expressing the importance of measuring ideas or behavior by the results they produce, is this one: “You shall know them by their fruit” (Matthew 7:16).

Results-based reality should be the way all theories, ideas, or ideologies are tested for consistency of results, the principles that may be energizing from them, and the degree to which the results of their applications align with what the ideas/theories said they would produce. This concept is so basic as to be “square-one reality” for all disciplined, thinking people. Sadly, it isn’t. Tragically, it is especially not being applied on the largest levels of social-political thinking that manage the nations of the earth. To those of us who are working to see nations and communities managed by results-based reality, we live in constant amazement at the huge social costs to millions of people because of that absurd reality.

Clearly analyzed results and the honest desire to obtain them reveal the genuineness of a real commitment to truth as opposed to the agenda of superimposing personal convictions on others. “Being right” is a game for fools; searching for truth is the path to genuine growth and the consistent realities upon which we can build our lives and communities. Humility demands the real search for what ideas actually produce. It is an act of cowardice to refuse the honest evaluation of ideas, policies, or opinions, especially if they are enforced by those in authority. “Policies,” unfortunately, are all too frequently driven by the quest for power and not truth. The product of that cowardice surrounds us today socially, politically, and economically as we are constantly being trapped by our leaders and other social advocates whose theories and policies have no genuine relationship to tested, results-based truth.

Some results, however, only show up in the long run and require patience to verify. All of us have experienced the challenging reality that things in which we believed or ideas to which we firmly held in our youth proved untrue or even very destructive twenty or thirty years later. Socially, politically, or economically, the same reality is true.  For example, racism was built on the ideas of “racial superiority,” all of which has proven scientifically untrue; many believed the issue of poverty was capable of being solved if only enough money was thrown at it; Marxist ideology has proven to produce the exact opposite of many of Marx’s quest for the “withering away of the State”; and “conservatism” has often produced stagnation rather than productive stability. The examples of results disproving theories are legion. But while some results-driven feedback is immediate, others may take decades. That is why long-term strategic thinking is the only path to desired results.

As many of you know, I have given a significant amount of my time and focus over the last several years to the building of an educational movement called The Statesmen Project. Its purpose is to help significantly lift the current social-political public conversation to effective levels so as to give us all the possibility of sustainable freedom and economic prosperity. It is a very essential task in the current context of public decision-making that is all too frequently built upon expediency, pragmatism, self-interest, short-term thinking, or ideologies that refuse to be fairly analyzed for actual results. Central to our work is the concept of what we call “principle-based public policy” which differs significantly from our culture’s current short-term, fragmented approach.

For policy-analysis purposes, we have constructed what we are calling “The Ten Major Principles” which universally apply to building personal lives, successful families, Kingdom-based churches, vibrant economies, and sustainable nations. Together they give us an intellectual template to strategically approach the possibility of actually “discipling nations” as Jesus commanded His followers to do in Matthew 28:18-20. One of these Ten Master Principles is called, “Results-Based Reality.” 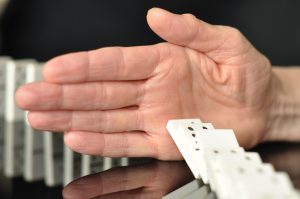 Our world is largely driven by the quest for self-interest, power, and fear of loss. The antidote is a genuine commitment to proven truth which virtually always proves that there is no free lunch, and that disciplined self-government, both personally and socially, produces the best hope for sustainable freedom and prosperity. Results-based reality may give us divergent opinions in the short-term but seldom in the longer run. Principle-based public policy is the best antidote to the increasing chaos we see growing around us daily. Politics and economies driven by short-term power or “magic prosperity” is a curse. Our faith is in finding the consequences of our Creator in every realm of His creation and applying them to the best of our ability. He invented results-based reality and the Statesmen movement thinks we ought to try it for a change. And that is…